Problem solved: McClatchy identified gaps in the reporting – topics driving new audiences which the publisher didn't have the reporter power to cover. Robots were deployed for some of the bulk routine reporting of information topics like high school sports and real estate sales. 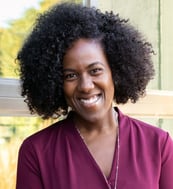 “It was really important for newsrooms to understand from the outset that this was not a question of robot vs human, more that it was a supplement to what we already knew worked.”
Cynthia DuBose, Managing Editor Audience Engagement

In the autumn of 2021, US local media group McClatchy went live with automated real estate content and automated high school game reports in seven of their markets. At a content automation workshop this February, Managing Editor, Audience Engagement Cynthia DuBose discussed how the decision to do so came about, and what the key success factors for their pilot project have been. The starting point for the whole project was exploring the gaps in the reporting.

The decision to start testing content automation in some of the McClatchy newsrooms followed “brainstorming to look at our gaps”, Cynthia DuBose said. “What content and topics were audiences looking for that we didn’t have?” The team realised that many of the topics driving new audience were information topics like real estate, high school sports, restaurant reviews – content the newsrooms did not have the manpower to cover. “We want our journalists to produce journalism, not track down information. They should focus on what they are skilled to do.”

The upshot of the brainstorming was the launch of an AI project to “engage with audiences new and old.” In addition to the automated content on real estate from United Robots and high school sports from Lede AI, the group also deployed an AI tool for data visualization and one for AI powered social publishing. By the end of February, the project will be live in ten of McClatchy’s markets. To date, the result across the board has exceeded expectations in terms of weekly uniques.

Step 1. Discover your gaps!
Cynthia DuBose pointed out that automation is not a goal in itself. “It’s great to say you want to start testing AI, but you need to work out what problem you’re solving for. For us, it was about bringing in more information – we want to be a community portal, similar to the way print used to be.”

The gap(s) in your newsroom could be any of a number of things, said Cynthia. Such as:
> Are you seeing audiences gravitating towards a particular topic you are testing out?
> Do you need a higher volume of content in a particular topic or geographical area?
> Are there internal processes that could be automated to free up editorial resources for more quality journalism?

“Once you’ve identified a specific gap, you can work out what type of test and vendor you should go for.” McClatchy did extensive research to work this out, drawing on resources such as the AI programme at NYC Medialab, as well as reaching out to newsrooms already working with AI and automation.

Step 2. Understand your capacity and culture.
Cynthia DuBose emphasised how important it is to work to your organisation’s strengths and focus when setting up an AI project.

• Be strategic about where you launch the project. For McClatchy, that meant the slightly bigger newsrooms, with capacity to handle the extra work.

• Have a champion in each market. This is the person in each newsroom who is going to respond to any negativity and fears among journalists in relation to the project. Cynthia said a champion needs to have certain qualities. They should be curious and fearless of new tech and AI – comfortable about asking questions and sharing insights with colleagues. They also need to be data driven, prepared to get into the nitty gritty of results. "This was really important when we started with the real estate content because we knew SEO would be a key piece of that.The editor that led that first effort [at the Sacramento Bee] was very keyed into this. He carefully tracked what happened when the headlines the robot wrote were tweaked for SEO, improving results on the way.”

• Set your goals. “Don’t start any of this without knowing what it is you’re going to measure.” The KPIs could be around the number of page views or uniques you’re driving. But it could also just be the volume of incremental pieces of content that you need to produce to e g launch a new product.
Cynthia also pointed out that McClatchy analyse results for the robot written texts in the same way they would reporter produced stories. “The distinction is not between whether it was written by a robot or a reporter, but rather on what topics perform well at certain times for example. And the thresholds for stories that perform well in terms of reach are the same for automated and human produced content.”

Mind your language – and be transparent
Cynthia DuBose stressed how important it is for McClatchy to be transparent about what they do and to encourage discourse, internally as well as with readers. Some of the key points she made:

• Make it easy to get in touch. McClatchy’s automated texts all carry a bot byline, like “By the SacBee bot”, as well as a disclaimer which explains that while a robot wrote the text, editors were involved in the process and quality control. There’s also an email address for feedback, which goes to Cynthia. “I’ve not had any negative feedback, it’s been more about asking for more information, like covering more high schools.”

• Be transparent & open internally. Cynthia spoke at internal town halls, explaining about the AI test. “It was really important for newsrooms to understand from the outset that this was not a question of robot vs human, more that it was a supplement what we already knew worked.”

• Choose your language. McClatchy have decided not to use the term “robot journalism”, as journalism is something only their journalists produce. Instead they talk about automated information, and with a focus on the data that lies at the heart of it.

• Share insights between newsrooms. “The audience development team is our powerhouse team, working across all markets,” said Cynthia. “They are in their newsrooms but work as a centralised team, and they meet weekly to share insights. We do the same with the editors. We want to have the champions on board from the beginning, sharing with them what we’ve learned so far, and making sure they are free to test and learn going forward, so that we can build on insights we’ve gained together.”

Reporter & Robots working together
At McClatchy, reporters and robots are now working in tandem in some newsrooms, with robots producing information and journalists doing the journalism. Cynthia talked specifically about real estate as an example. “We have real estate reporters in some of these markets. They are not covering the most expensive home sold last week, the bot does that. The reporters are writing the trend stories, things like ‘This neighborhood is no longer affordable to the middle class.’ That’s the journalism. But the top ten most expensive list, that’s done by the bot."

McClatchy is now taking the reporter-robot collaboration one step further. “We’re creating a new product by packaging the journalists' stories together with the top house sales information. That will give us a really nice, layered newsletter for people who are interested in real estate.”

Watch the Automation Workshop at the INMA Media Subscriptions Summit on our Youtube channel. 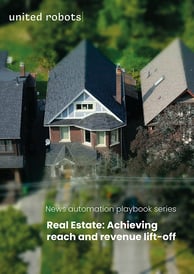