Crises always drive automation: that’s not a threat, it’s an opportunity. Automation supports the journalistic mission and publishers who don’t at least consider using robot texts for basic reporting are missing out.

The global pandemic is putting additional pressure on an already challenged news publishing industry. The demand for journalism is growing, but a lot of the revenue underpinning it is disappearing. Reporters are increasingly spread too thin to produce all the stories editors need and readers expect. One solution to this problem can be to free up journalists’ time by having robots do the routine reporting.

Looking back at periods of recession over the past decades, there’s been a leap in automation each time — in different ways for different industries. For the media industry automation is about maximising the impact of our most valuable newsroom resource, the journalists – and let robots take over the relatively predictable writing; the stuff which is easily be automated. 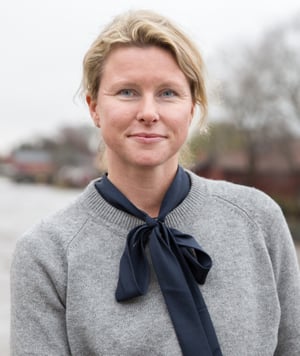 We have been proving the value of newsroom automation across newsrooms in Scandinavia for some years already. Like at local media group Mittmedia, where robots do all match reporting, letting journalists write sports stories that drive digital subscriptions – read what editor-in-chief Helena Tell  at one of the small local titles says about the importance of newsroom automation for their journalism. Or for local group NTM, who set up a regional football vertical in three weeks, for which robots now write 70% of the stories.

Says our CEO Sören Karlsson: “Our mission is to support the news industry. We believe publishers should automate everything that can be automated, so that journalists can focus on the quality stories that underpin the journalistic mission and the business. Audiences expect critical, engaging and important journalism – producing it is a matter of survival for many publishers. Automation supports that mission and publishers who don’t at least consider using robot texts for basic reporting are missing out.”

Read more about how to leverage news automation: Download Whitepaper