News publisher El Espectador in Colombia will be using robots to write domestic and international football match reports. The company has signed an agreement with United Robots for automated match articles for a number of major domestic and international football leagues. The agreement covers pre and post match texts. All texts will be enriched with images, team logos, and affiliate URL linking to El Espectador. The texts will be automatically enriched with metadata to optimize distribution. 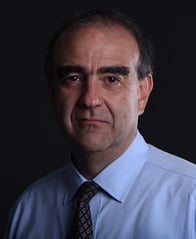 “The key advantage of automating content is to have a service that goes beyond chasing wires from a news agency. In addition to having high quality content that we can deliver automatically to our readers, it frees up time for reporters to develop quality journalism. Robot journalism helps keep our journalists happy by taking care of the routine reports that kill motivation in the newsroom.”

Adds Sports Editor Luis Guillermo Ordoñez: “Up until now, we have only been able to produce two or three reports on the most important matches from each league. Once we go live with United Robots’ service, we will be able to produce four times more international content and double the domestic. For some matches we don’t have the possibility to publish a report immediately, and now it will happen as soon as play is over.”

El Espectador, founded in 1887, is the oldest newspaper in Colombia. Under the direction of Fidel Cano Correa, the title is highly regarded for its independence, credibility, and objectivity. In 2018, El Espectador became the first news publisher in Colombia to commercialize its content using digital subscriptions.