With the real estate bot, the average number of articles (per local site) increased from 2/month to 480/week. The volume of articles as well as the volume of logged-in pageviews increased, thus driving engagement and retention.

Why: For Mittmedia, the strategy post 2015 has been all about growing the digital subscriber base, which is ongoing. In 2018 the main focus shifted from sales to churn reduction.
The robot came about after analyses of the journalism produced in relation to demand for certain topics from readers showed that there was an unfulfilled need for more stories about local real estate sales. As the matrix below shows, there was a lot of engagement from logged-in users in the property articles. Engagement is the top KPI for retention across the news publishing industry. Mittmedia’s issue was they clearly did not have enough real estate content to maximise the engagement/retention potential. 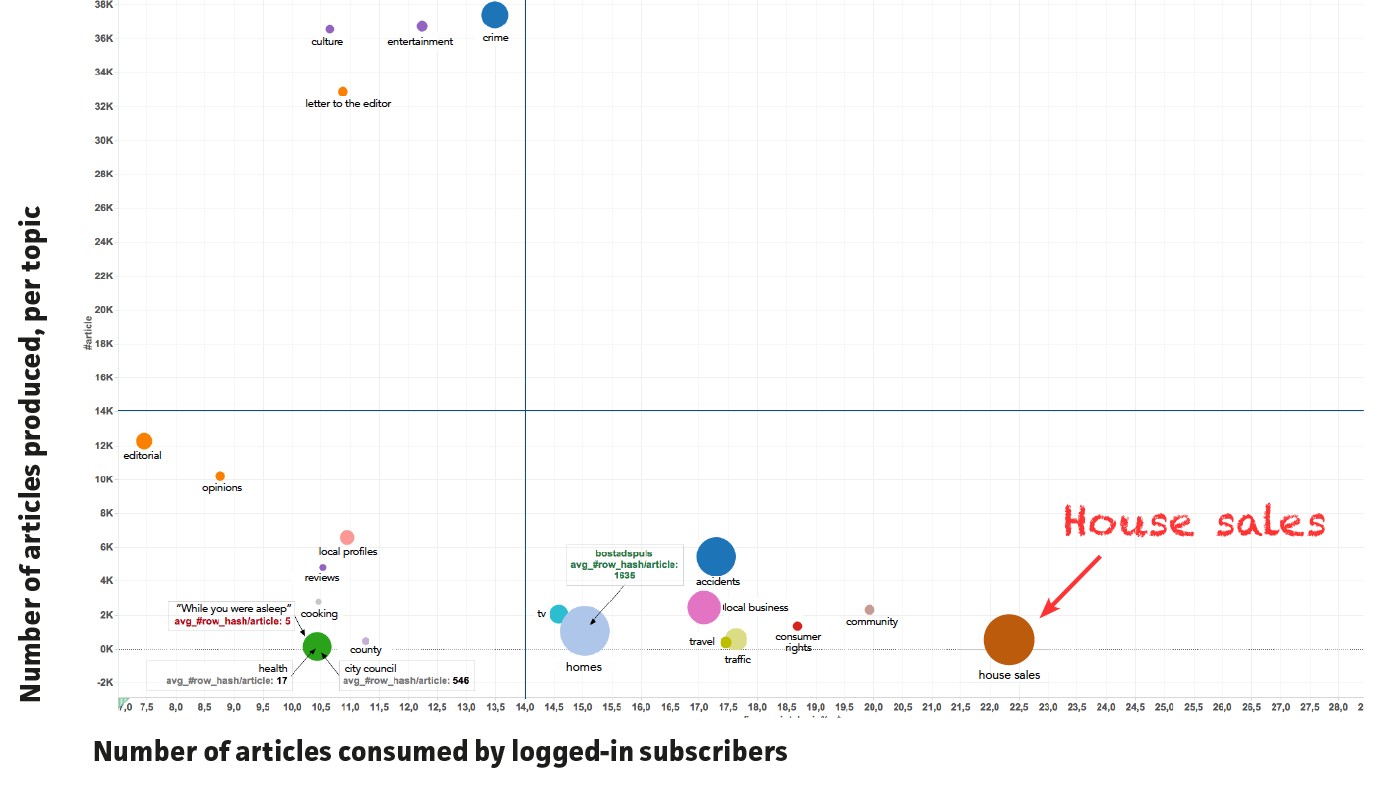 Objective: The goal was to use the property robot to increase the volume of granular hyperlocal –hence hyper relevant – stories that would engage subscribers. This level of granularity and volume of texts would not have been possible using reporter time only. (Automatically generated property texts were put behind the paywall from the outset in 2017.)

What: Mittmedia has their own real estate robot (i e robots are built by United Robots, language and editorial styles & rules set by Mittmedia’s newsroom). The property texts include images from Google Streetview. The texts include articles on individual sales as well as lists such as “10 most expensive houses sold in city x this year”.

Result: With the real estate bot, the average number of articles (per local site) increased from 2/month to 480/week (see matrix below). In the 12 months between October 2018–October 2019, the property bot generated 61,800 articles (automatically published). These articles generated 7.4 mi logged-in pageviews (17.6 mi pageviews in total). The volume of articles as well as the volume of logged-in pageviews increased, thus driving engagement and retention. Furthermore, the sizes of the circles in the matrix represent the number of pageviews/user (device fingerprint), which is another engagement metric. 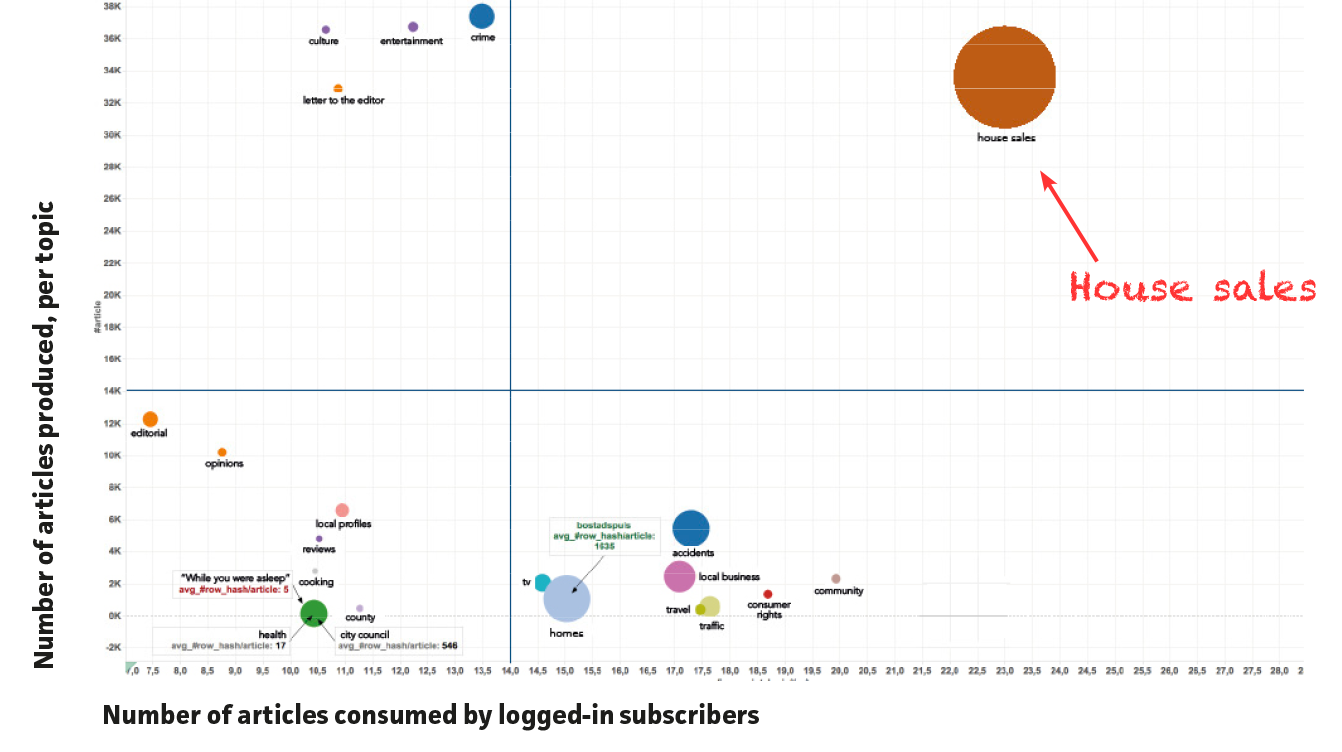